Need-To-Know Is Antithetical And Harmful To The Scientific Process 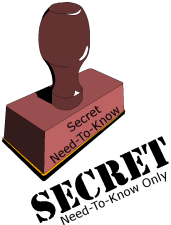 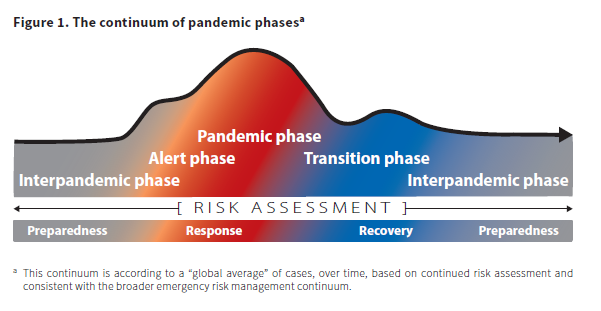 and CIDRAP, Part 1: Flu research: a Legacy of Neglect

UPDATED 04/08/2019 JID, Influenza Vaccines: Good, but We Can Do Better (Fauci) and NIH, Scientists Review Influenza Vaccine Research Progress and Opportunities
UPDATED 01/11/2019 Reuters, Up to 84,000 Americans Hospitalized with Flu in Past Three Months: CDC and CDC, National Press Conference Kicks Off 2018-2019 Flu Vaccination Campaign and NFID, Flu and Chronic Health Conditions and LiveScience, Here's How Many People Have Caught the Flu So Far This Season (Hint: It's a Lot)

...no nation benefits by failing to take part in the global frameworks intended to understand and prevent global pandemics...it is grossly irresponsible and unacceptable for any nation to withhold samples of pathogens or vectors...(e.g. SciBulletin, Severe Human Infection With A Novel Avian-Origin Influenza A(H7N4) Virus and CDC, Introduction of Eurasian-Origin Influenza A(H8N4) Virus into North America by Migratory Birds)

UPDATED 10/23/2017 CDC, Mammalian Pathogenesis and Transmission of Avian Influenza A(H7N9) Viruses, Tennessee, USA, 2017 UPDATED 08/19/2017 NewsHour, We’re not close to being prepared for the next pandemic, says this doctor


"To fight antiresearch policies, scientists must become activists for the long haul"

How can a government effectively separate preparation3 for a global pandemic and its national defense?


"...A ‘universal’ vaccine would ideally induce immunity against all or most influenza A subtypes. However, as influenza continually evolves, formulating a vaccine with such broad protection remains problematic. Current seasonal influenza vaccines lack the ability to induce cellular immunity and instead induce strain specific humoral immunity where novel or differing influenza strains can easily bypass immune recognition..."--Q.M.Sheikh et al.--

The burdens of such a program are likely to far outweigh any benefits (mostly imagined). Universities must not be required to apply for a license from an anonymous military officer on the political desk (Bureau of Political-Military Affairs) of our State Department to teach students computational biology or any other subject or conduct laboratory experiments.

This is just another dangerous and mischievous form of watch-list metastasis more indicative of fascist and dictatorial forms of governments than an enlightened and modern democracy.

Hey, on the bright side our State Department, Bureau of Political-Military Affairs or clandestine services is not, yet declaring students and professors heretics, shooting them in the head on their way to school, or magnetically attaching shaped charge explosives to their vehicle as they commute to work!

UPDATED 06/30/2012 Nature, Influenza: Five questions on H5N1 and Do not censor science in the name of biosecurity

UPDATED 02/18/2012 NYT, Despite Safety Worries, Work on Deadly Flu to Be Released

Fortunately, the scientific process has trumped the national security process whose metastasis threatens more than the information it purports to obscure or render incomprehensible.

..."Experiments with influenza viruses generated by recombinant methods (e.g., generation by reverse genetics of chimeric viruses with reassorted segments, introduction of specific mutations) shall be conducted at the biosafety level containment corresponding to the risk group of the virus that was the source of the majority of segments in the recombinant virus (e.g., experiments with viruses containing a majority of segments from a RG3 virus shall be conducted at BL3). Experiments with influenza viruses containing genes or segments from 1918-1919 H1N1 (1918 H1N1), human H2N2 (1957-1968) and highly pathogenic avian influenza H5N1 strains within the Goose/Guangdong/96-like H5 lineage (HPAI H5N1) shall be conducted at BL3 enhanced containment (see Appendix G-II-C-5, Biosafety Level 3 Enhanced for Research Involving Risk Group 3 Influenza Viruses) unless indicated below."...

2. Those knowledgeable about our classification system know our government is capable of asserting an infinite number of reasons, real and imagined for imposing or perpetuating a "need-to-know" requirement for the purpose of ensuring data remains opaque.

3. Evidently, our "new" alt-white-house's idea for preparation involves drafting cannon fodder for its expected conflicts—maybe its supporters will sign-up to follow an unfit commander-in-chief to war (FAS, Principles for Reforming The Military Selective Service Process)?