The Price of Civilization

Jeffrey Sachs's, in The Price of Civilization focuses his globally sensitive political-economy antenna beam on America, his home country—simultaneously the good news and bad3.


The short, readable and understandable book illuminates the origins of Congress's current destructive deadlock over the "Goose that Laid the Golden Eggs" debate.

Fortunately, most Americans reject Congress's destructive bipolar debate of either force feeding or starving the goose. Most Americans prefer to a healthy well balanced goose that sustainably lays golden eggs far into the future—not unlike the relatively stable past period of 1955-19701: 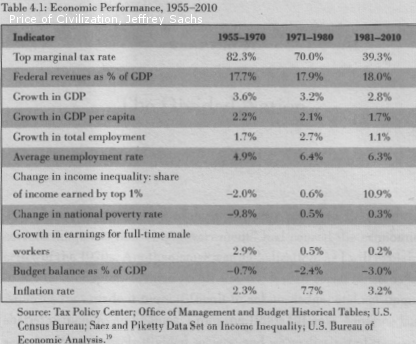 In a somewhat confusing paradox2 the residents of states receiving many of the golden eggs are the states that are sending congressional representatives to Congress working the hardest to starve the goose: 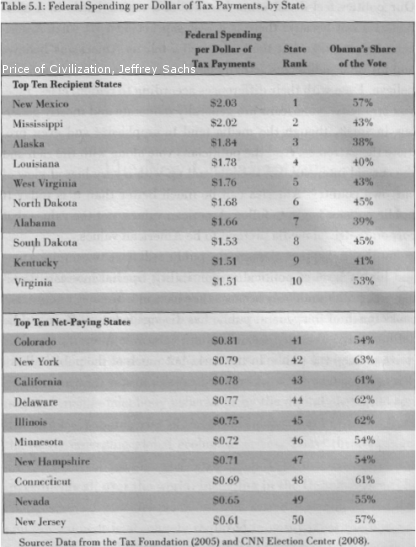 1. A relatively balanced period when most Americans were not running up an accelerating down escalator (except for fun or exercise) while being told they're on an up escalator to American exceptionalism.

2. The solution to this paradox may be more in the field of psychiatry than political-economy.

3. Sachs is a well respected economist generally focused on deciphering, untangling, or creating sustainable macro-economic policy for developing nations—that he feels compelled to now do the same for his own "developed nation"  must, on some level be deeply disturbing, disappointing and disheartening.