Electing A Wannabe Authoritarian Will Not Make You Free

...don't forget to laugh...NewYorkerSatire, Redaction of Mueller Report Halted as Barr Passes Out from Sharpie Fumes and TheOnion, Presidential Pardons In History and TheOnion, Shocked Vladimir Putin Slowly Realizing He Didn’t Conspire With Trump Campaign and TheOnion, Mueller Kinda Miffed That Barr Clearly Didn’t Read His Stuff Like He Said He Would


RealTime,  Why Government is Good
(notwithstanding RAG Party the grifters' fulminations)


LateNight, Trump Lashes Out over Immigration and His Tax Returns


LateShow, Jerry Nadler Wants To See It All (The Mueller Report)


🏋...those seeking to understand and respond to the dynamics of authoritarianism will find Karen Stenner's The Authoritarian Dynamic helpful...she uses just two explanatory variables to elucidate the seemingly infinite variations of the authoritarian dynamic: the first is authoritarian predisposition and the second is conditions of threat... the conditions of threat can be natural (e.g. virus outbreak); perceived bias (e.g. prior trauma); and exaggerated, fabricated or manipulated (e.g. hyped border crisis, threats of attack, threats of war or constant environment of chaos, etc.)...

...Cass Sunstein's Can it Happen Here: Authoritarianism in America is a practical discussion applying the variables of "authoritarian predisposition" and "conditions of threat" to our current political environment...

...both short books will help that final handful of diverse candidates replace the wannabe authoritarian occupying the White House...each will gain insight into why single-party impeachments are not optimal... 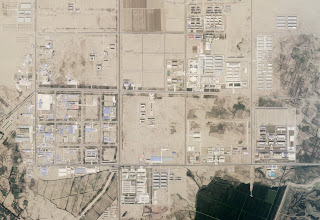 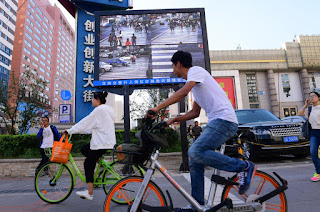 ...members of Congress that permit this notoriously and conspicuously unstable, unfit, unwell, unbalanced, and unlawful "new" alt-white-house et al to continue are unfit for office, too...

UPDATED 08/16/2019 NYT, Citing Economy, Trump Says That ‘You Have No Choice but to Vote for Me’ and Independent, ‘We’re NOT for sale’: Greenland Shoots Down Trump Plan to Buy Island and Reuters, Greenland Tells Trump It Is Open for Business but Not for Sale

...we can choose to laugh...NewYorkerSatire, Denmark Offers to Buy U.S...before, during and after we vote...

...the attorney general's job description must include extending and perpetuating the chaos of our unstable, unfit, unwell, unbalanced, and unlawful "new" alt-white-house et al...

...who could have foreseen that our unstable, unfit, unwell, unbalanced, and unlawful "new" alt-white-house et al. could not foresee that detained immigrants would need humane and habitable detention facilities while detained...(our government has at least one apartment available: Paul Manafort’s Trump Tower Condo Lists for $3.6M ...“excellent condition” and “unobstructed views of Central Park”...more may become available soon...)

...don't forget to laugh...NewYorkerSatire, Trump’s Fourth of July Parade to Include Flyover by Russian Air Force...


... congress and the courts must make extraordinarily clear, when properly subpoenaed a special counsel or others cannot choose whether to appears before congress or a court...they may respond and read aloud from a report, but they cannot decline to appear...

...it is highly likely that prayers and family interventions are insufficient to obviate our unstable, unfit, unwell, unbalanced, and unlawful "new" alt-white-house et al...can we have early elections...

Justin Amash, The Only Republican Of His Kind

...the great diversity of ideas coming from the wonderfully diverse candidates running for President of the United States of America in 2020 is a breath of fresh air during the poisonous presidency of our unstable, unfit, unwell, unbalanced, and unlawful "new" alt-white-house et al...

I do, therefore, . . .solemnly protest against these proceedings of the House of Representatives, because they are in violation of the rights of the coordinate executive branch of the Government, and subversive of its constitutional independence; because they are calculated to foster a band of interested parasites and informers, ever ready, for their own advantage, to swear before ex parte committees to pretended private conversations between the President and themselves, incapable, from their nature, of being disproved; thus furnishing material for harassing him, degrading him in the eyes of the country . . .- President James Buchanan

These words, written by President James Buchanan in March 1860, protested a resolution adopted by the U.S. House of Representatives to form a committee—known as the Covode Committee [aka United States House Select Committee to Investigate Alleged Corruptions in Government]—to investigate whether the President or any other officer of the Executive Branch had sought to influence the actions of Congress by improper means.

Buchanan “cheerfully admitted” that the House of Representatives had the authority to make inquiries “incident to their legislative duties,” as “necessary to enable them to discover and to provide the appropriate legislative remedies for any abuses which may be ascertained.”

But he objected to the Covode Committee’s investigation of his conduct. He maintained that the House of Representatives possessed no general powers to investigate him, except when sitting as an impeaching body.

Buchanan feared that, if the House were to exercise such authority, it “would establish a precedent dangerous and embarrassing to all my successors, to whatever political party they might be attached.”

Some 160 years later, President Donald J. Trump has taken up the fight of his predecessor.


"...Courts have grappled for more than a century with the question of the scope of Congress’s investigative power. The binding principle that emerges from these judicial decisions is that courts must presume Congress is acting in furtherance of its constitutional responsibility to legislate and must defer to congressional judgments about what Congress needs to carry out that purpose. To be sure, there are limits on Congress’s investigative authority. But those limits do not substantially constrain Congress. So long as Congress investigates on a subject matter on which “legislation could be had,” Congress acts as contemplated by Article I of the Constitution.

Applying those principles here compels the conclusion that President Trump cannot block the subpoena to Mazars. According to the Oversight Committee, it believes that the requested records will aid its consideration of strengthening ethics and disclosure laws, as well as amending the penalties for violating such laws. The Committee also says that the records will assist in monitoring the President’s compliance with the Foreign Emoluments Clauses. These are facially valid legislative purposes, and it is not for the court to question whether the Committee’s actions are truly motivated by political considerations. Accordingly, the court will enter judgment in favor of the Oversight Committee..." --Case 1:19-cv-01136-APM Document 35 Filed 05/20/19--

...don't forget to laugh...TheOnion, Trump Demands Investigation Into Whether Clintons Gave Him Non-Registry Wedding Gift In 2005...

...if our unstable, unfit, unwell, unbalanced, and unlawful "new" alt-white-house et al. and rogue AG Barr continue spewing drivel and six sigma legal theory, respectively, as justification for ignoring the rule of law, "Madame Speaker" will have more than handcuffs at her disposal to deal with a wannabe authoritarian government...

...the only problem with our unstable, unfit, unwell, unbalanced, and unlawful "new" alt-white-house et al.'s assertion is that there is nothing for it to decide before complying with the House Judiciary Committee's subpoena...


Atlantic, It's Time to Impeach Trump


RealTime, Monologue: The Resistance is Futile

...at the very least the many contempt and impeachment proceedings will have the beneficial therapeutic effect of enabling our unstable, unfit, unwell, unbalanced, and unlawful "new" alt-white-house et al. and its supporters to again spew their "stream of consciousness" theories into our social networks and the public domain...

...Majority Leader McConnell et al. may want to refresh their recollection of how Americans respond to a lawless Executive and efforts to whitewash its lawlessness...

...don't forget to laugh...NewYorkerSatire, Barr Unable to Give Honest Answer to Drive-Thru Window at Arby’s

LateNight, Barr Refuses to Testify After Lying About Mueller

...compliance with the congressional subpoenas need not await summary judgement...our unstable, unfit, unwell, and unbalanced "new" alt-white-house et al. can sue for damage, if any, which may arise from complying with the law (i.e. subpoena)...

...it's useful to use the "opportunity" presented by our unstable, unfit, unwell, and unbalanced "new" alt-white-house et al.'s government and other illiberal belligerents! to show how congressional oversight works...the AG can no-show, but not dictate the terms of congressional oversight...if the AG chooses not to respond to informal requests for sworn testimony subpoenas must immediately follow...

...the ignominious behavior of the AG is that of an obsequious stooge and propagandist, which has culpably compromised his ability to credibly do the duties of the United States Attorney General...the AG must resign or face impeachment regardless of Senator Graham et al.'s perpetual crusades to "investigate the investigators"...

...don't forget to laugh...NewYorkerSatire, Americans Beg Trump for Secret to Staying So Young and Vibrant...


Ron Chernow Complete Remarks at 2019 White House Correspondents' Dinner
"...the people are taking their comedians seriously and their politicians as a joke.."

! ...some (e.g. Zakaria) suppose that impeachment will frustrate and thus exacerbate the conspiratorial claims and retrenchment of the illiberal belligerents and cultural nationalists that supposedly voted for our unstable, unfit, unwell, and unbalanced "new" alt-white-house et al. to send a message to the arrogant and condescending elite...there is so much incorrect with this supposition one barely need respond with...so what?...

...it is always preferable for our electorate to choose a stable, fit, well and balanced leader to guide our nation but, when they do not an evidence based impeachment is the correct remedy...especially if the only evidence is that the unstable, unfit, unwell, and unbalanced leader blockades or otherwise frustrates access to evidence...

UPDATED 04/26/2019 WPOpEd, As New Questions on Trump’s Corruption Emerge, His Lawless Threats Escalate and NYTOpEd, The Danger in Not Impeaching Trump and WP, Trump says he is opposed to White House aides testifying to Congress, deepening power struggle with Hill and NYT, Democrats Ask and Trump Says No, Signaling a Bitter Fight Ahead and AP, Graham: Dems Will Stampede to Impeach Trump and WP, House Panel Moves to Hold Former White House Official in Contempt After He Obeys Trump Administration’s Instruction Not to Testify and WP, White House Plans to Fight House Subpoena of Former Counsel Donald McGahn for Testimony on Mueller Report and FactCheckOrg, Giuliani’s Obstruction Distortions

Word for Word: Mayor Pete Buttigieg Discusses 2020 Democratic Message ..."a horror show is a hard thing to look away from, our responsibility is to change the channel to something better"...(e.g. state infrastructure upgrades CNBC, Nancy Pelosi and Chuck Schumer Will Meet with Trump to Discuss Infrastructure Plan Next Week)⌽


...don't forget to laugh...TheOnion, Report: You’re Far Too Dumb To Be Reading The Mueller Report Yourself and TheOnion, Trump Sues House Democrat To Block Release Of Tax Returns


DailyShow, Why "No Collusion" Doesn’t Equal "No Obstruction" - Between the Scenes

⌽...new members that have not mastered the art of working with a mortally flawed foe without losing your message, mission, and  mind will benefit from lunching with the very capable House Speaker or Senate Minority Leader....

UPDATED 04/15/2019 NYT, Trump’s Message to Homeland Security Official: Close the Border Despite an Earlier Promise of a Delay

...sometimes you just have to stop asking "how we got in this mess" or "how we get out of it" and prepare to cleanup the debris field...the good news is that America will never be the same post cleanup...

...don't forget to laugh...NewYorkerSatire, Americans Fear That Former Trump Staffers Will Be Released Into Their Cities and TheOnion, William Barr Agrees To Release Nonverbal, Abstract Visual Representation Of Mueller Report


DailyDesi, Wall Street’s Male Backlash Against the Me Too Movement

...wow, AG Barr is on a mission to destroy the Department of Justice he's hired to run, without a scintilla of evidence...he hasn't gone off the rails, he's plowing them up...it's not too late to start a prologue impeachment to the impeachment...