Most of those endeavors are agreements between small advanced recycling firms and big oil and chemicals companies or consumer brands, including ExxonMobil Corp, Royal Dutch Shell Plc and Procter & Gamble Co (P&G). All are still operating on a modest scale or have closed down, and more than half are years behind schedule on previously announced commercial plans, according to the Reuters review. Three advanced recycling companies that have gone public in the last year have seen their stock prices decline since their market debuts..."--Reuters--

ScienceMag, Production, Use, and Fate of All Plastics Ever Made (2017) 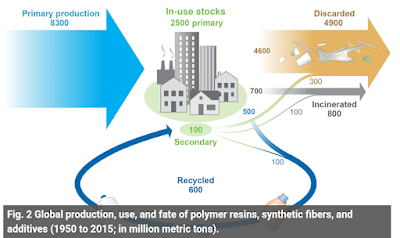 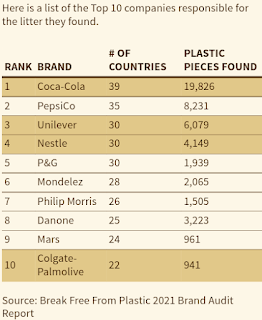 Reuters, The Recycling Myth Are the above "endeavors" just industry talking-points, which increase plastic pollution?